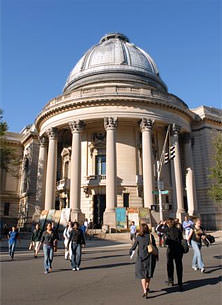 Debate teams will meet after school usually for one day a week. Teams of coaches will meet these students at these weekly meetings, bringing with them the UDL curriculum. The UDL curriculum is developed by Yale students and is updated monthly. Each month features a different topic and set of debating skills. The UDL mainly coaches parliamentary debate though current affairs, public speaking, and analytical thought are often covered as well. Teams work towards competing in regular UDL tournaments which take place on Yale campus, chaperoned by coaches and other UDL officials. We envision UDL as a community-based organization that works to bring three levels of cooperation together: the community of high school debaters, the community of Yale student coaches, and the supportive community of teachers, administrators, and parents.

Welcome back everyone! Tournament dates are listed under the calendar tab.